We are horrified but not surprised that the Confederate flag flew in the US Capitol on Wednesday, held aloft by a mob of armed white insurrectionists egged on by Trump and several members of the Republican party. They wandered the halls of the People’s House while terrified elected officials and staff texted their last goodbyes to loved ones. Four people have died.

Law enforcement was conspicuously mild-mannered throughout. Capitol Police seem to have offered minimal resistance to folks entering the grounds or the building itself, and the National Guard wasn’t called in for hours. Capitol Police is a highly trained force accustomed to handling large demonstrations, so their lack of response demands investigation. It is certainly in sharp contrast to their response to protests by people of color and anyone who doesn’t agree with Trump, as we learned firsthand while protesting Brett Kavanaugh. Here's what it looked like at a BLM protest in June. 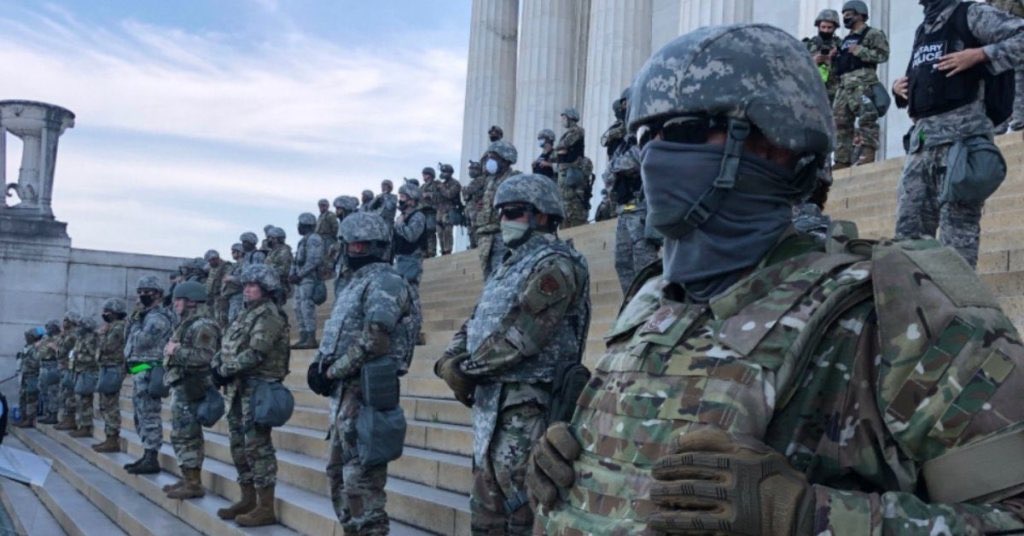 This is an attack on our country, on our people, brought on by a president who refuses to accept that millions of us turned out to stand with and for each other and elect Joe Biden by overwhelming margins. This is what treason looks like: an angry mob of armed white vigilantes inside of our Capitol, threatening our government, including the very Republican leaders complicit in this attack. This is happening because of the encouragement of some Republicans and the silence of others who spread lies about this election in order to undermine the will of the people and desperately attempt to hold onto power they clearly do not deserve. Every Republican responsible, from the president to Senators, House Members to state legislators, who fed, fueled and fomented these attacks must be removed or resign.

Our own Congressmen Meuser planned to refuse to certify the Electoral College votes while admitting on Twitter that no fraud has been proven (tweets later deleted). Ultimately, he accepted Arizona’s votes -- but not Pennsylvania’s -- while attempting to distance himself from the violence. Meanwhile, former Congressman Ryan Costello shamefully compared Wednesday’s mob to our peaceful, yearslong efforts to hold him accountable.

In the end, writes Heather Cox Richardson, “six senators and more than half of the House Republicans backed an attempt to overthrow our government, in favor of a man caught on tape just four days ago trying to strong-arm a state election official into falsifying the election results.”

Republicans the PA Senate have refused to seat Senator Jim Brewster, who earned more votes than his opponent, Nicole Zicarelli, and his vote total was certified by the Department of State. He is the rightful winner of his seat. And yet, following the exact same playbook of the Sedition Caucus in Washington, they continue to abuse the legal system and disenfranchise their own voters.

The most likely scenario is that SCOTUS will decide to not hear Zicarelli’s appeal and thereby uphold SCOPA’s ruling that makes Brewster the winner. If/when this happens, Brewster will be duly seated. In the event SCOTUS decides to overturn the will of the voters, we have a much bigger problem on our hands. Regardless of how SCOTUS rules, the GOP at the state and federal level is setting a dangerously undemocratic precedent wherein a Republican candidate for office needs to only win by a single vote, whereas a Democrat needs to win by a decisive and unchallengeable margin. 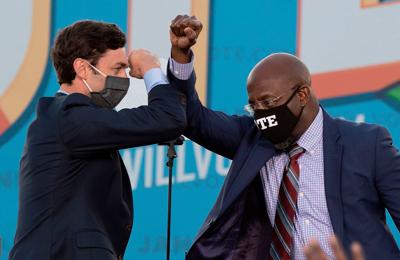 Reverend Raphael Warnock and Jon Ossoff have won their Senate seats in Georgia! Thanks to extraordinary people-powered grassroots efforts on the ground, Mitch McConnell will no longer rule the U.S. Senate and Democrats control The Presidency, the House and now the Senate.

This is HUGE. With these victories we now have a fighting chance to pass big legislation to really deliver for working people: on economic relief, healthcare, criminal justice reform, immigration, education, climate, and more. But we know it’s still up to us to push Democrats in Congress and the Biden Administration to deliver.

Take care. This is bringing up a lot of things for all of us, and we’re sure it is for you. We are angry, frightened, shocked, sad and more. We can’t do much about what’s happening in Washington right now, but we can be here for each other. Please, take the time you need to care for yourself and your loved ones. Reach out to friends.

Solidarity forever. We the people have pulled through everything that’s been done to divide, derail and dishonor our most basic rights. We have stood strong in the midst of unrelenting attempts to discredit and silence Black, Indigenuous, immigrant and other communities of color. And together, we will make this a place of liberty and justice for all.

Understand that racism underlies all of this. The events of this week cannot be explained without acknowledging that the entire Trump presidency was built on racial animosity and by trying to divide us by race and class -- and that it didn’t start four years ago but >400. These are the death throes of the dragon of White Supremacy, which will rise again and again if we let it. 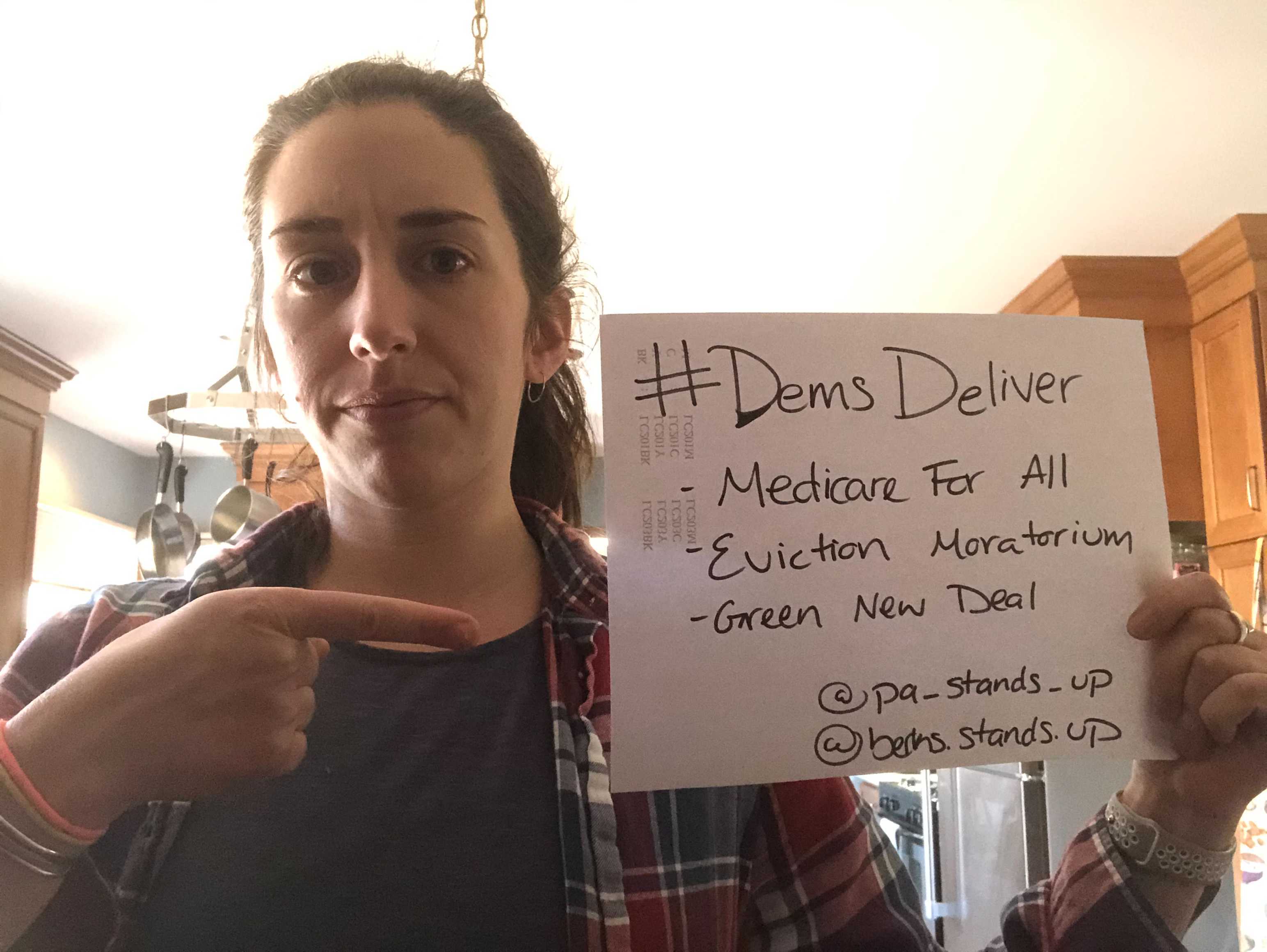 #DemsDeliver. Get very clear on what you expect the Dems to deliver with their new majority. Medicare for All? Green New Deal? Homes Guarantee? Democrats have the power now, and they must use it for working people and the common good.

> Call Senator Casey  (202) 224-6324. Thank him for supporting democracy and tell him we need him to be a champion for working people. Ask him what legislation he plans to introduce and tell him what’s important to you.

> Write on a piece of paper what you want  Democrats to deliver with their new majority, take a photo of yourself, and post it on social media. Write “DEMS DELIVER: _____” (e.g., a Green New Deal). Tag @BerksStandsUp too!

#SeatBrewster. Call your State Senator and Representative and demand that Senator Jim Brewster be seated immediately. Also sign this petition.

Remember the traitors who supported insurrection and tried to throw out our sacred votes: Congressman Dan Meuser, State Senator Doug Mastriano, and every single Republican in the Pennsylvania Senate, including Dave Argall and Bob Mensch. All Republicans who incited yesterday's acts of violence must resign or be removed from office.

It's a lot, but we have each other and a Democratic majority. This is our time now.